The Financial Aid Office will close at Noon on Thurs., Feb. 9th for staff training. Additionally, the Advising Office will be closed from 1 – 5PM on Friday, Feb. 10th.

GET HELP
VWCC Home > Grants Development > The Green House Blog > Superheroes, assemble! How we can all help end poverty in the Roanoke Valley

“The community college can be the catalyst to end poverty in our community.”

I sat through hours of sessions during the VCCS Hire Education conference earlier this month in Hot Springs. But this message got my attention.

I’m still thinking about it, so I’ll repeat:

“The community college can be the catalyst to end poverty in our community.”

That quote came from Ridge Schuyler, who spent his hour talking about the Network2Work program at Piedmont Virginia Community College (PVCC) in Charlottesville. He was full of energy — animated by his passion for helping folks get decent-paying jobs, which moved me to tears as Schuyler fought back his own.

As Schulyer stressed during his presentation, the community college doesn’t have to own every piece of this poverty mission. Instead, we just make sure the work gets done. To play the role of convener, facilitator, connector.

In a nutshell, his Network2Work program is a job network that matches jobs that pay a minimum of $25,000 (or $12.50 per hour) with job seekers through volunteer “connectors” in neighborhoods, schools, places of worship, and other parts of the community. Earlier this year, a C-Biz article described Network2Work as “the employment version of ‘it takes a village’.”

Here’s what I love about this program:

(1) Network2Work is based on the reality that successful education and training (which is our specialty) can only really happen after students’ basic needs are met. Otherwise, they have no mental bandwidth left for skills training, as it’s eaten up by the stress of daily living. These needs start with family and social support, followed by food, shelter, transportation, healthcare, childcare, and more. Schuyler illustrated his points with a handy visual which shows a pathway out of poverty to income independence:

(2) Schuyler, who is the dean of Community Self-Sufficiency Programs at PVCC, was inspired by a healthcare model: Just as a doctor must assess a patient’s individual needs and then involve multiple specialists based on her diagnosis, Network2Work uses a digital tool to assess the needs of each participant, and connects them with resources throughout the community, including jobs. Schuyler worked with Tech Dynamism, a Charlottesville-based IT company, to create a slick, online portal which helps them keep track of employers and survey job seekers (and the tool can be licensed for use by other colleges).

(3) The program is based on research and data. They know how much money it takes for a household of two or more people to cover basic needs in Charlottesville (at least $35,000). They know 12,000 families do not earn enough (which is one out of every five in their community, or 19 percent). Most of them are single mothers and their children. And they have specific goals: Network2Work plans to lift 4,000 families out of poverty over the next eight years.

(4) The project started small — with just a $20,000 gift — and expanded as they proved their success and received more grants and donations. The original MOU with partners throughout the community was to help 10 job seekers. Just 10! By 2019, the program had served over 500 job seekers, worked with more than 40 employers, and expanded to a larger physical location. Donated loaner vehicles are available to participants. Network2Work director Frank Squillace, the former VP of Charlottesville’s chamber of commerce, continues to develop employer relationships. According to the PVCC program page: To date, more than 90 percent of job seekers have found jobs, 63 percent of those jobs pay more than $25,000 annually, and 39 percent of the participants are single moms.

(5) But most of all, I love that this program is based on human connections — and helps with the social capital that many low-income people lack with many employers. Yes, a technological tool helps with surveys and reminders and follow-up. But the heart of Network2Work is this network of volunteer “connectors,” who help identify and cheer on job seekers, similar to the “secret sauce” we discussed in our G3 project.

“We’ve built a political-style ground game of neighborhood-based peers who get job information from our network, and they stop and think, ‘Who do I know that would be good at that job?'” Schulyer told WVTF in an interview last year. “Somebody who knows them needs to grab them by the lapels and say, ‘You took care of your grandmother when she was sick. You ought to pursue a career in nursing!'” Schuyler says. “That is what propels people forward.'”

So what could this mean for Virginia Western? We have elements of this program already — especially our developing RSVP program, which primarily serves low-income adults through the School for Career and Corporate Training (formerly known as Workforce). The success of this program is dependent on our ability to connect with organizations around the valley, including the Western Virginia Workforce Development Board, Region 5 Adult Education, and the Roanoke Redevelopment and Housing Authority.

I would stress that we continue to look at our college’s strengths, both our academic/training programs and our extensive student services, including the expanded Hall Associates Career Center.

I also encourage you to attend a special session during in-service in January:

Faculty … staff … administrator. No matter your role at the college, we each have the power to help students by connecting them with resources beyond the classroom. By the end of this fast-paced roundup, you’ll know more about scholarship opportunities, the Student Co-Op food pantry, TRIO, Intervention Services, Disability Services, the Career Center, Brown Library, and much more. You will leave feeling like a superhero, armed with knowledge that can change lives. Come prepared to speak at the microphone if you would like to share more resources with the group. Capes optional. 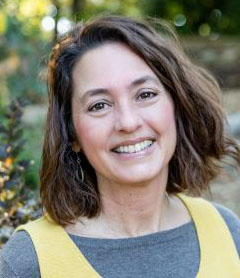 Shelley Lyons is glad to be back on campus as she is a Virginia Western alum, and has served as the Administrative Officer for Grants Administration at Virginia Western since early 2022. Prior to VWCC, her career focus was within the Human Services and Arts fields.  She wrote her first grant in 1996 on a whim and has continued to plan and learn since that time.  She most enjoys  seeing a well-planned project come to fruition, where funder, project manager and beneficiaries can all feel success and see impact.